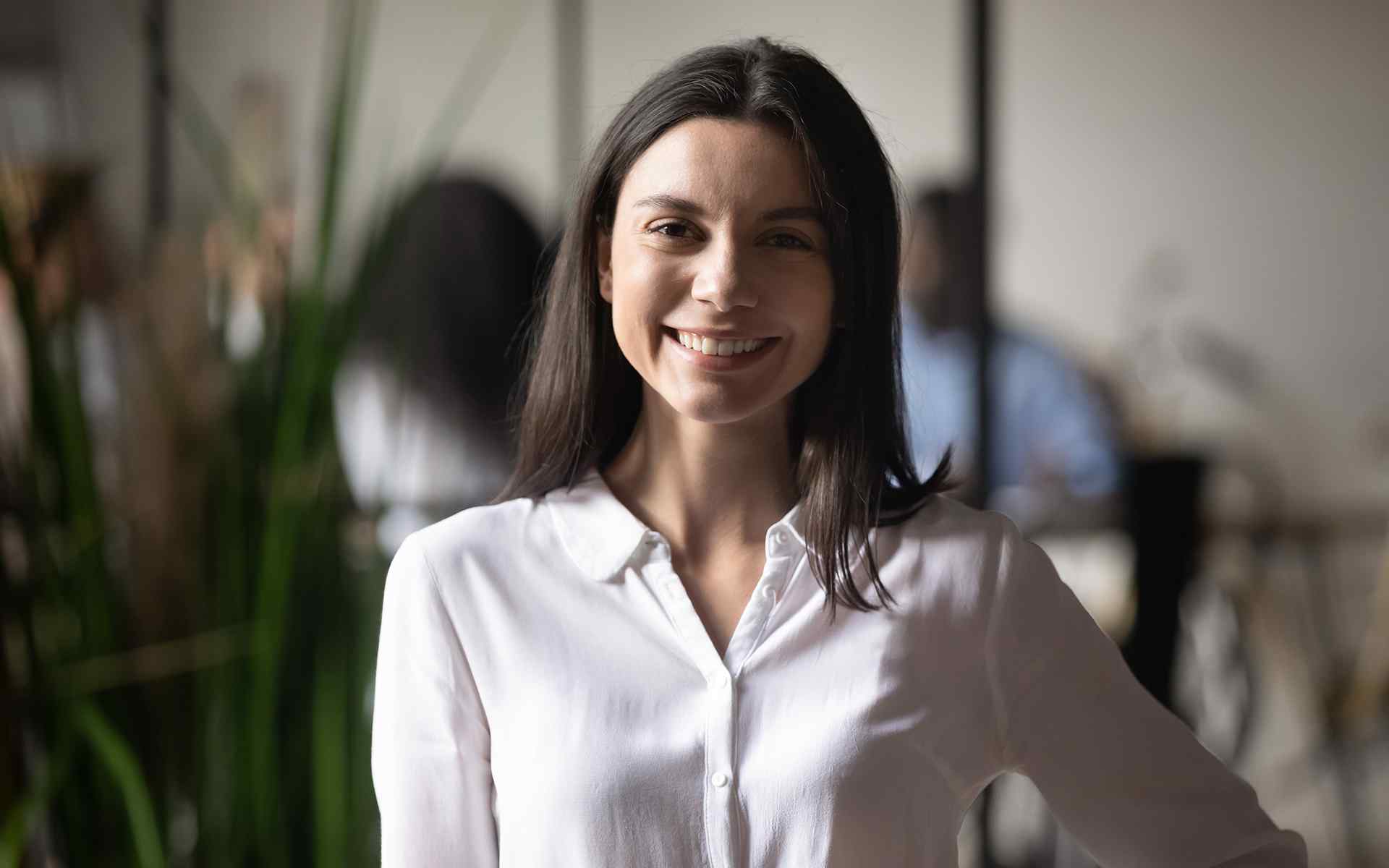 Michael Schwartz writes on kaolin, a clay mineral with a wide range of uses, including building, where its composition might assist lower the sector’s carbon impact.

Kaolin is one of the world’s most versatile minerals, with applications ranging from ceramics and coated paper to highly specialized refractory applications. Kaolin is used in the production of whiteware items such as domestic pottery, not least because of its molding capabilities and the strength and smooth surfaces it provides to the completed product.

“A clay created by the weathering of granite,” according to a representative for the United States Geological Survey (USGS). It’s a hydrated aluminosilicate with a platey crystalline structure as a result. When kaolin is heated to 600-800°C, the water in the lattice evaporates, causing the crystalline structure to break down, resulting in an amorphous, fine particle aluminosilicate.

Kaolin is a very harmless mineral, which, along with its tiny particle size and white color, makes it an excellent filler for a variety of applications including paper, paint, and plastics.”

However, two problems might limit its applicability. The first is something that occurs naturally. Other minerals, such as quartz and feldspar, are commonly found in kaolin. Second, iron hydroxide pigments discolor kaolin in its raw condition, necessitating bleaching to remove the pigment and subsequently washing to bring it up to commercially acceptable standards.

Several market research reports on kaolin have been released, including one from Grand View Research in the United States in September. From 2020 to 2027, the kaolin market is expected to increase at a compound annual growth rate of 3.5 percent, according to the research. The analysis reveals that ceramics applications are becoming a key driver of growth.

According to the study, kaolin’s superior suspension properties help prevent particles like silica and feldspar from settling during manufacture, which has contributed to the mineral’s continuous increase over the previous decade.

However, the majority of the kaolin produced in the United States in 2019 was exported, not just for the paper and ceramics industries, but also as a rubber extender and paint filler. Only a few countries got aid. According to USGS statistics for 2020, only a few nations got kaolin: China, Japan, and Mexico. However, due to increasing tensions between China and the United States, it is unclear what China’s position as a consumer will be in the future.

Although exact output statistics for 2021 are not yet available, the USGS just released estimations. A total output of all six clays, valued at US$1.5 billion and generated by about 120 enterprises across 38 US states, was estimated at 25 million tonnes in the 2022 edition of its annual Mineral Commodity Summaries. Since 2017, the six clays’ output numbers have differed. Bentonite, ball clay, and common clay have all decreased somewhat, while fire clay and fuller’s earth have increased slightly. There was a significant drop in Kaolin.

Export numbers revealed similar results, with kaolin showing a significant increase from 2020-21, reverting to the level of output in 2017-2019. Since 2017, kaolin prices per tonne have been nearly stable.

The USGS numbers were prepared by Kristi Simmons, a Mineral Commodity Specialist for clays, perlite, and vermiculite, who verifies an estimated output of 4.1 million tonnes of kaolin, primarily from Georgia and South Carolina, with 2.3 million tonnes exported.

When asked if kaolin is a crucial mineral, Simmons points to the US Energy Act of 2020, which “defines important minerals as those that are essential to the economy.”

When asked if kaolin is a crucial mineral, Simmons points to the US Energy Act of 2020, which “defines important minerals as those that are essential to the economy.”

Have an impact on the US economy or national security;

serve a supply chain that is susceptible to interruption; and role of an essential function in the creation of a product, Without which, there would be serious implications for economic or national security concerns Furthermore, the Act provides Fuel minerals, water, and ice are not considered important materials. or snow, or typical sand, gravel, stone, and pumice variants Clay and cinders Kaolin is abundantly manufactured in the United States.

While kaolin has long been used in the paper and ceramics sectors, it is now being referred to as a “white gold” new economy commodity capable of decreasing carbon emissions in a variety of industries once processed into metakaolin or high purity alumina (HPA).

For smartphones, LEDs, and, most importantly, lithium-ion batteries, HPA is in great demand. It is currently more cost-effective to make it from kaolin than from traditional aluminum-based sources. It signifies that there is an increasing need for high-quality kaolin.

InterGroup Mining (IGM) of Queensland, Australia, has indicated that metakaolin prices delivered to the Australian market presently vary from US$530 to 840 per tonne, while the untreated material can only fetch US$20 per tonne in bulk.

When characterizing the distinction between kaolin and metakaolin, IGM emphasizes the latter’s reactive qualities while recognizing its ability to reduce the carbon footprint of cement and concrete manufacturing. “By contrast, metakaolin is reactive, and in the presence of calcium hydroxide (produced during the cement curing process), it reacts to generate calcium aluminosilicates, which complement and contribute to the strength of cement when used to make mortar or concrete.”

IGM holds a mining site in the Charters Towers region of northeast Queensland, where it is actively building a big gold and kaolin project around 250 kilometers from Townsville’s main harbor.

IGM has reaffirmed its commitment to a net-zero agenda for mineral exploration and extraction.

IGM had completed the first drilling in two sections of its Brilliant Brumby project as of February 2022, accounting for around 2% of the 2,630ha property’s assessed area of probable kaolinized mineralization.

IGM states it is focused “on the processing of kaolin for the manufacturing of metakaolin, and high brightness kaolin is not necessary for this purpose.” However, because the color and quality of the kaolin vary across the deposit at Brilliant Brumby, IGM is considering the possibility of direct export of some of the higher brightness in situ kaolin material, which is on par with some of the world’s leading deposits in terms of natural whiteness.

IGM has also made significant progress in its understanding of kaolin extraction and metakaolin manufacture and commercialization. “IGM is focusing on the application of metakaolin as a high-performance addition to cement (reactivity, quality, and consistency),” the firm’s spokeswoman explains. As a result, IGM has carried out comprehensive testing to determine the potential to transform its kaolin into metakaolin using diverse processing technologies and circumstances. It has also looked at the influence of different metakaolin mixtures with Ordinary Portland Cement to see how they affect the strength and other performance aspects of the resulting mortar and concrete.”

IGM has been provided financial aid and tax breaks for its exploratory efforts. “ Not yet, but as we progress from investigation to implementation,

As we aim to bring additional jobs and money to the Townsville region, we will undoubtedly look to collaborate closely with key Queensland government entities.”

It’s a mistake to believe that long-established minerals – especially those used in common applications – can’t be improved in this scenario, be created for more advanced items metakaolin. This is especially true in the case of kaolin. Because of the fall in paper industry demand, Customers must be considered by manufacturers and marketers in other industries.

previous
When markets are tumultuous, maintain perspective
next
Why Should you Invest in an IPO?