What is an IPO?

How Does an IPO Work? 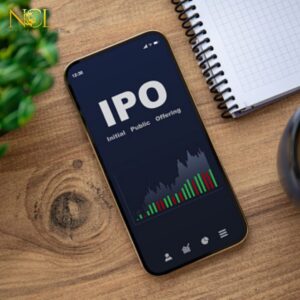 Going public is a complex, time-consuming process that most businesses find difficult to navigate on their own. A private firm seeking an IPO must not only prepare for a massive increase in public scrutiny, but also file a mountain of paperwork and financial reports to satisfy the Securities and Exchange Commission (SEC), which regulates public corporations.

That’s why a private firm planning to go public engages an underwriter, usually an investment bank, to advise them on the IPO and assist them in setting an initial price. Underwriters assist management in preparing for an IPO by generating important investor documents and conducting roadshows with potential investors.

According to Robert R. Johnson, Ph.D., chartered financial analyst (CFA) and professor of finance at Creighton University’s Heider College of Business, “the underwriter puts together a syndicate of investment banking firms to ensure widespread distribution of the new IPO shares.” “A percentage of the shares will be distributed by each investment banking firm in the syndicate.”

The underwriter issues shares to investors and the business’s stock begins trading on a public stock exchange, such as the New York Stock Exchange (NYSE) or the Nasdaq, once the company and its advisors have chosen an initial price for the IPO. 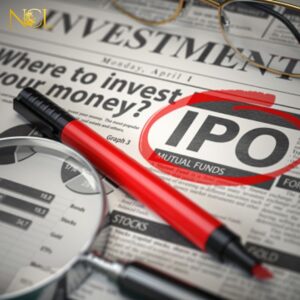 Although an initial public offering (IPO) is the first time the general public can acquire shares in a company, it’s crucial to remember that one of the aims of an IPO is to allow early investors in the company to cash out their assets.

Consider an IPO to represent the conclusion of one stage in a company’s life cycle and the commencement of another—many of the initial investors want to cash out on a new venture or start-up. Investors in more established private companies that are going public, on the other hand, may prefer the option to sell some or all of their shares.

“There’s a friends and family round, and some angel investors came in early,” says Matt Chancey, a certified financial planner (CFP) in Tampa, Fla. “A lot of private money—Shark Tank-style money—goes into a firm before it eventually goes public.”

Other reasons for a corporation to pursue an IPO include obtaining finance and increasing its public profile:

While becoming public may make it easier or less expensive for a company to raise funds, it also complicates a number of other issues. There are standards for disclosure, such as filing quarterly and annual financial reports. They must answer to shareholders, and there are reporting requirements for stock trading by senior executives and other actions such as asset sales or acquisitions.

Initial public offerings, like everything else in the world of finance, have their own lingo. You should be familiar with the following major IPO terms:

Common Stock: Units of stock in a public business that normally permit holders to vote on corporate decisions and receive dividends from the company. When a firm goes public, it sells shares of common stock.

Issue Price: Before an IPO business begins trading on public exchanges, the price at which shares of common stock will be sold to investors. The selling price is also known as the asking price.

Lot Size: In an IPO, the smallest quantity of shares for which you can place a bid. You must bid in multiples of the lot size if you want to buy more shares.

Preliminary prospectus: An IPO company’s document that contains information on the company’s business, strategy, historical financial statements, recent financial results, and management. It’s known as the “red herring” because of the red text on the left side of the front cover.

Price band: The company and the underwriter determine the price range in which investors can bid for IPO shares. Each type of investor has a distinct approach. Qualified institutional buyers, for example, may be in a different price range than retail investors like you.

Underwriter: The investment bank in charge of the issuing company’s offering. In general, the underwriter sets the issue price, publicises the IPO, and distributes shares to investors. 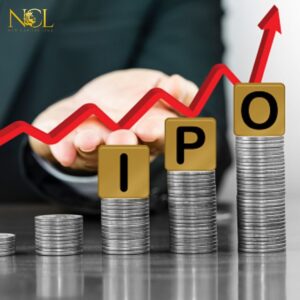 The growth of the special purpose acquisition company (SPAC), also known as a “blank check firm,” has occurred in recent years. A SPAC is a company that acquires money through an IPO with the primary purpose of acquiring other businesses.

Many well-known Wall Street investors use their established names to create SPACs, raise capital, and acquire businesses. People that invest in a SPAC, on the other hand, aren’t always told which companies the blank check company plans to buy. Some declare their plans to target specific companies, while others keep their investors completely in the dark.

“It’s sending your money to an organisation that doesn’t own anything but promises you, ‘Trust me, I’ll only make good acquisitions with it,'” says George Gagliardi, a certified financial planner in Lexington, Massachusetts. “You have no idea what’s coming at you, like a baseball batter wearing a blindfold.”

To speed up the process of becoming public, many private companies seek to be bought by SPACs. SPACs do not have long financial histories to declare to the SEC because they are newly founded businesses. If a SPAC does not acquire a firm within 24 months, many SPAC investors might get their money back in full.

According to Goldman Sachs, SPAC IPOs will account for more than half of all IPOs in the United States in 2020. Sixty-six US SPACs went public in the first three weeks of 2021.

previous
What Does An Initial Public Offering (IPO) Mean?
next
What is an IPO? How does it work?